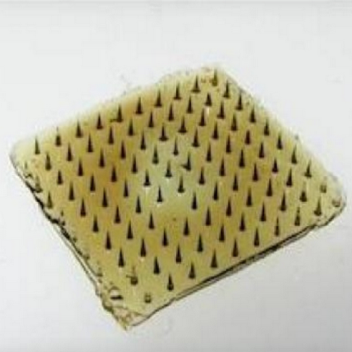 In their quest to create an adhesive that more reliably holds skin grafts in place, scientists have taken inspiration from a parasitic worm known as the pomphorhynchus laevis. To feed off of its host (fresh fish), this worm latches onto the intestinal wall of its host by digging its needle-like head in and then swelling up to secure itself. A research team at Brigham and Women's Hospital applied similar thinking to a new adhesive patch that latches onto human tissue by way of dozens of microneedles.

The resulting bond is over three times as strong as staples conventionally used in skin graft procedures according to Dr. Seung Yun Yang. Lead researcher Jeffrey Karp explains the adhesion process further, saying "the unique design allows the needles to stick to soft tissues with minimal damage to the tissues. Moreover, when it comes time to remove the adhesive, compared to staples, there is less trauma inflicted to the tissue, blood and nerves, as well as a reduced risk of infection." Infection is another potential danger of the staples and stutures that commonly go hand-in-hand with skin grafts. The tip on each needle is tiny in its dry state, but swells when water is added to form the ultra-tight bond. 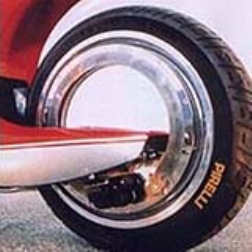