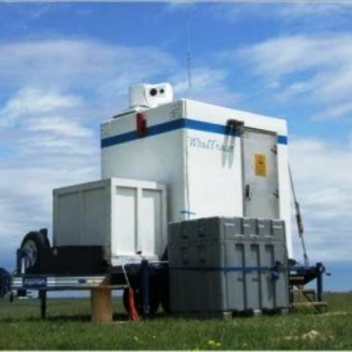 WindTracer systems have been in action around the world for more than a decade, where it is used to detect hazardous winds and aircraft wakes. The thing about wind energy is this, it is extremely difficult to predict the behavior of the wind itself. WindTracer relies on a scanner that utilizes a laser to “trace” microscopic dust particles in the wind.

It fires an infrared laser into the atmosphere at a rate of 750 times per second, Its light travels anywhere from 15 to 30 kilometers, or until it has contacted an airborne particle, it will reflects off the particle and bounces back toward the WindTracer. This reflected signal is the basis from where one calculates the speed of the dust particles blowing in the wind, and hence making a clever prediction of the wind direction.