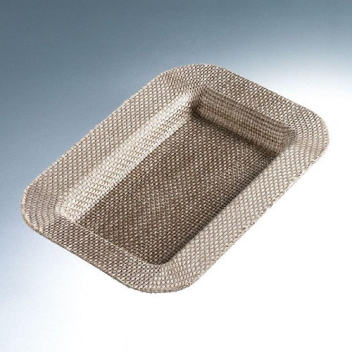 SolVin reported that it has developed technology that allows for the production of what constitutes the world’s first polyvinyl chloride (PVC) composites. In addition to its mainstay SolVin PVC resins, in 2006 the company launched its first-generation NanoVin, which contained PVC and nanoclay. In 2013, it launched the second-generation NanoVin, an eco-friendly, ready-to-use nanostructured (but without nanoclay) aqueous dispersion of PVC fortified with stabilizers and dispersants that can be formulated for long- or continuous-fiber impregnation. There are two composite technologies for which licenses on process patents are now available from SolVin.

The first is Autoflax, which consists of rigid plates with a thickness from 0.5 to 4 mm made from 45 to 55 percent continuous flax fibers with 45 to 55 percent PVC. It can be produced by two different processes: flax fabrics are calendered with several layers of rigid PVC films, then the sandwich is thermocompressed at 180°C/356°F; or flax fabrics are coated with PVC latex and thermocompressed. The advantages of Autoflax include light weight, thermal insulation, soundproofing, good thermoformability, the ability to be glued or welded and UV resistance when coated.

The second, FibroVin, consists of plates ranging in thickness from 0.6 to 1.4 mm made of 60 percent rigid SolVin PVC and 40 percent long-glass fibers (5 to 10 cm long). The production process is a combination of two technologies that were codeveloped with Fibroline (Lyon, France): dispersion of PVC dry blend into the cut glass fibers via electrostatic field (Fibroline); and gelation of the PVC dry blend without shearing (SolVin). The claimed advantages include excellent fire resistance, high rigidity with high impact strength, good thermoformability, UV resistance and the ability to be glued and welded.