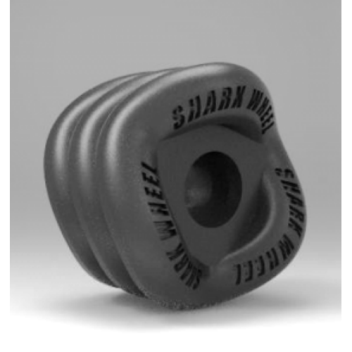 David M. Patrick has accidentally re-invented the wheel. The California-based inventor was toying around with six short, curved lengths of cable that he had connected into a sort of helical loop--and then he accidentally dropped it. What he observed next was surprising: The loop began to roll... and roll... and roll. It was a self-balancing wheel.

Even stranger was that no one expected it to roll; Patrick's loop actually looks square when it is rolling. A lifelong skater, Patrick then prototyped a skateboard wheel based on his design, this one comprised of side-by-side helical coils. He call it the Shark Wheel.

Patrick claims that the special shape of these wheels results in less friction points on the ground to allow the wheel to roll faster than a traditional skateboard wheel and also allows for better handling in rough and wet terrain, which causes problems for normal wheels.

The sine wave pattern also grants improved lateral grip, as the width of the wheel is able to be increased without adding any unnecessary friction, and thus, slowing down the board. It also provides three lips for stopping, where a traditional wheel only has one. 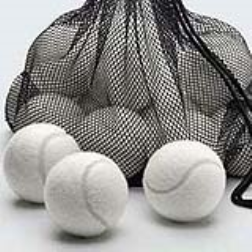