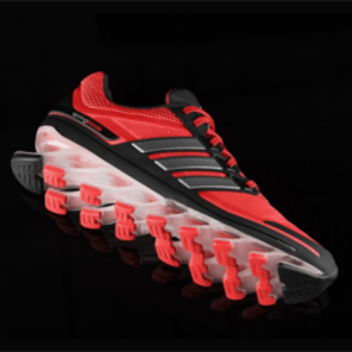 Athletes are always looking for equipment that can give them an edge, and for runners, that means shoes that can launch them ahead with minimal energy. In the past, most shoe companies have produced shoes with flexible mid-soles that help the wearer push off of the ground more easily, but some recent footwear from Adidas might take that concept to a new level. The aptly-named Adidas Springblade uses angled elastic blades on the soles to quickly propel the wearer forward as if they had springs on their feet.

The Adidas Innovation Team (AIT) spent six years developing the Springblade and testing different materials to determine which ones would provide the greatest durability and energy efficiency. The design team drew inspiration from other athletic equipment, like springboards and pole vaults, and applied those concepts to a running shoe.

In total, each Springblade shoe has 16 blades on the bottom, all set so they quickly compress and release energy, depending on whether any weight is applied. They may look a bit odd, but each one is shaped and positioned to support a runner during a full stride and use the energy from one step to begin the next. They're also angled to give a runner greater forward momentum, unlike most running shoes which tend to spring back in a vertical direction.

The blades are the most eye-catching aspect of the Springblades, but the designers have incorporated a few other handy features as well. The top of the shoes are made of flexible materials and designed to hug the wearer's foot, restricting the shoe from sliding around and conserving even more energy. According to the company, the polymers used in the Springblade also provide seven times the temperature resistance of a shoe built with regular EVA cushioning. 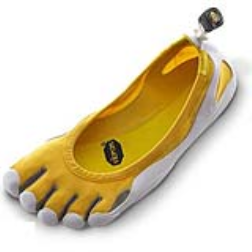 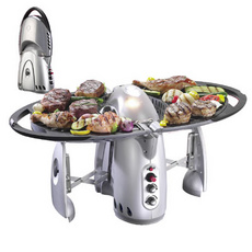