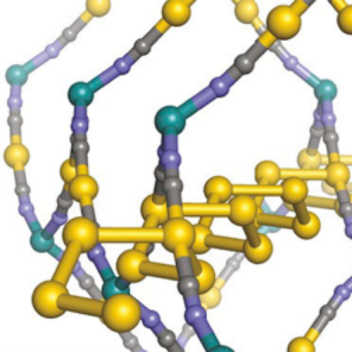 Material gets bigger when squeezed

Squeeze something, it’s supposed to get smaller. But some odd substances grow in one direction when pressed on all sides.

Andrew Cairns, a graduate student at the University of Oxford, has found one called zinc dicyanoaurate, a transparent material that expands by up to 10 percent when put under pressure. The unusual characteristic, called negative linear compressibility, is similar to how squid and octopus muscles work. And so it’s not too far-fetched to think that the new material could be used to make artificial muscles.

The strange behavior happens because of the molecular structure of the zinc dicyanoaurate. It contains a little chain of gold atoms shaped like a spring surrounded by a frame made from other atoms. When the zinc dicyanoaurate gets squeezed, the gold “spring” stretches or compresses, while the framework around it gets bigger in one direction and smaller in another. Let the pressure off and the whole thing returns to its former shape.