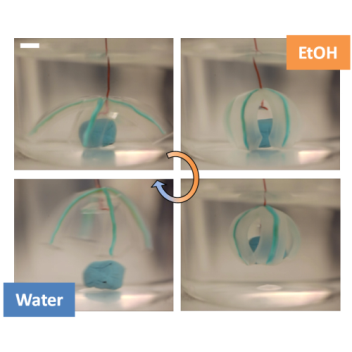 Researchers from North Carolina State University have developed a new technique for creating devices out of a water-based hydrogel material that can be patterned, folded and used to manipulate objects. The technique holds promise for use in “soft robotics” and biomedical applications.

The technique they’ve developed uses hydrogels, which are water-based gels composed of water and a small fraction of polymer molecules. Hydrogels are elastic, translucent and – in theory – biocompatible. The researchers found a way to modify and pattern sections of hydrogel electrically by using a copper electrode to inject positively charged copper ions into the material. Those ions bond with negatively charged sites on the polymer network in the hydrogel, essentially linking the polymer molecules to each other and making the material stiffer and more resilient. The researchers can target specific areas with the electrodes to create a framework of stiffened material within the hydrogel. The resulting patterns of ions are stable for months in water.

The researchers were able to take advantage of the increased stiffness and bending behavior in patterned sections to make the hydrogel manipulate objects. For example, the researchers created a V-shaped segment of hydrogel. When copper ions were injected into the bottom of the V, the hydrogel flexed – closing on an object as if the hydrogel were a pair of soft tweezers. By injecting ions into the back side of the hydrogel, the tweezers opened – releasing the object. 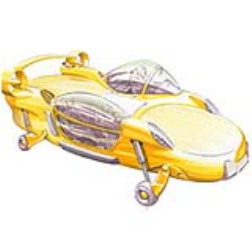 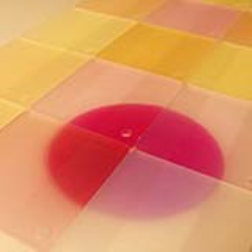 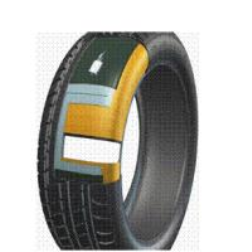