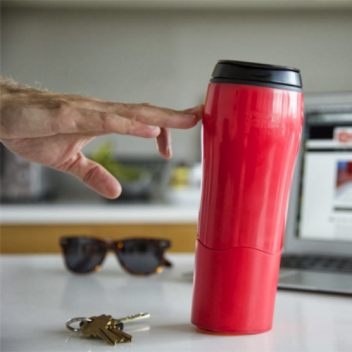 Mug That Won’t Tip Over

We’ve all spilt a drink on our work at one time or another. If you were lucky, this just ruined your paperwork but if not, you destroyed your laptop, your outfit and your day in one fell swoop.

A team of industrial designers and engineers have come to the rescue by creating a cup that doesn’t fall over when knocked. Mighty Mug is the first mug to use Smartgrip Technology, which means that it creates a powerful airlock when placed on a flat surface. This prevents it from falling over if bumped or pushed.

You may imagine that such a mug would be hard to pick up, but because it uses patented Smartgrip Technology instead of suction or a magnet, it’s just as easy to lift as a normal mug.

Led by Jayme Smaldone, the Brooklyn-based team behind Mighty Mug spent three years perfecting the design. They were inspired the type of mug-related accident that many of us are familiar with, Smaldone explains "When a big spill ruined an important computer of ours, we set out to create a better, smarter mug – a mug that would stand up to accidental knocks and bumps". 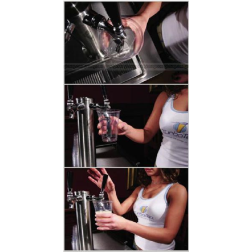