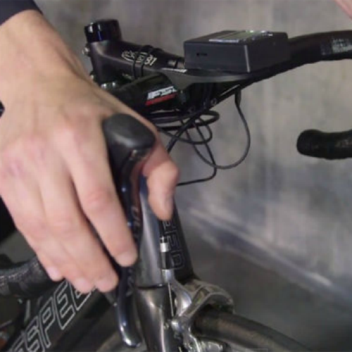 BioShift is an automatic shifting system, that could mean you never need to think about gear selection again. It's a product of US research and development by Baron BioSystems and works together with Shimano’s existing Di2 electronic components.

So how does Bioshift work? Firstly, rider-specific parameters and details on the bike's transmission are first programmed into the handlebar-mounted unit. Then data pulled from speed and cadence sensors and a hub-based power meter is processed through an algorithm to determine optimum gear choice.

Bioshift is also programmed to avoid ratios that result in an extreme chainline and has the ability to restrict certain actions, for example the front derailleur will not shift in a high-torque climbing scenario.