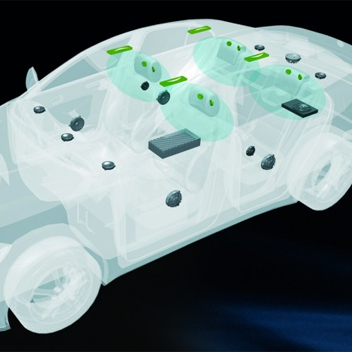 Harman has announced a new in-car setup that allows drivers to create "individual sound zones," each of which can play different sounds with minimal interference from other zones – potentially eliminating the age-old argument over who gets to choose the music.

Harman's individual sound zones (ISZ) break the car's interior into "virtual, simultaneous in car entertainment systems." The idea is simple: instead of passengers having their music interrupted when the driver's phone rings or the navigation system gives a direction, their entertainment can carry on unimpeded.

Zones are created through the car's existing setup, with the addition of twin 50 mm directional units integrated into the headrests and flat electrodynamic planar loudspeakers in the car's headlining.

To control the different sound zones, Harman's digital signal processing has been upgraded with the goal of eliminating crosstalk between speakers and more accurately directing the sound.

Each zone can be controlled by the individual passenger and while the system does not create complete isolation from other noises in the cabin, Harmon says it limits interference to the point where it shouldn't prove a distraction to each listener's experience.