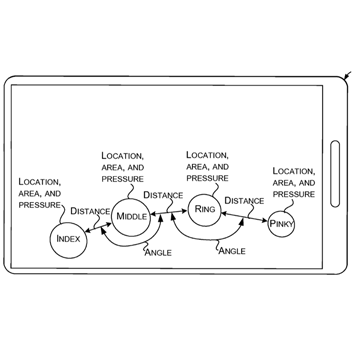 Microsoft is proposing an alternative to passwords with a system that authorizes the user by recognizing hard-to-mimic gestures.

According to a patent filed by Microsoft, the system would allow users to create an authorization gesture that is easy for the user to perform but very difficult for would-be thieves to reproduce. This is achieved by the company’s patented technology that is able to identify biometric specific such as finger length, finger position, and even the angle between the fingers—aspects that are unique to each user and cannot be replicated simply by watching the gesture being performed.

According to the company, the system could work on devices of all sizes, from smartphones to the Xbox One with Kinect.