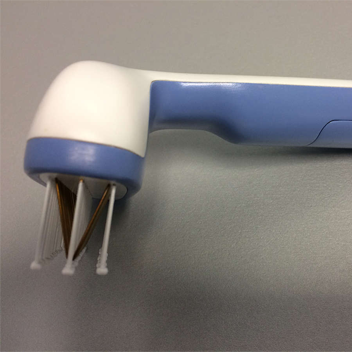 Lice infest the heads of up to 12 million people per year in the United States, but historically it hasn’t been difficult to get rid of them. The infected person can simply wash their hair with a special shampoo that kills the parasites, and then carefully comb them out. And though this method has worked in the past, it’s not fully effective—the shampoo can’t get rid of the eggs that the parasites may have left on the person’s scalp, and increasing numbers of lice have become resistant to the medicated shampoo. Now scientists from the Fraunhofer Institute in Germany have developed an electrically charged comb that could rid patients’ scalps of lice and their eggs in a novel way, according to a press release.

Unlike typical combs, this one contains a high-voltage electrical current that runs through its teeth. The tips of the teeth act as electrodes and deliver short bursts of energy to the surrounding air, so that when the current is running through the teeth, the electrodes break apart nearby air molecules and turn them from a gas to plasma. The electricity makes the molecules high-energy, which is enough to kill hardy lice, but it doesn’t raise the temperature, which makes it safe for human use. The researchers have done extensive safety testing, according to the press release, and found that the comb can get rid of lice within a day after a single treatment.

This isn't the first comb that claims to zap lice to death, but it's the first one that might actually work. The researchers have started distributing the comb to nearby pediatric offices, which is a good place to start since most infestations happen in children. But the researchers anticipate that their electric comb could be useful to get rid of infestations in house pets and also in developing countries where lice and similar parasites can rapidly spread disease pets. They plan to start producing it in small batches and marketing it as a cosmetic product sometime in the near future. 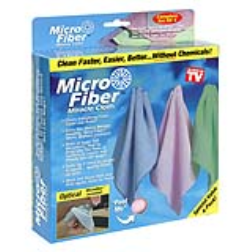