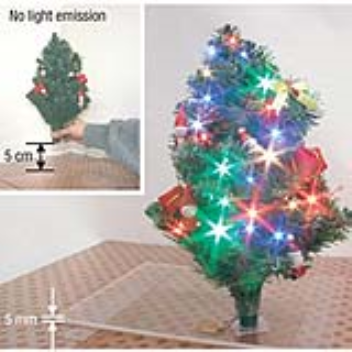 Annoyed by the tangle of power cords under your desk? A sheet of plastic invented by researchers in Japan could one day make for tables and walls that power devices placed on them without any need for wires or plugs.

Computers could be powered through the desks on which they sit, for example, or flat-screen televisions through the walls where they hang.The team of seven researchers at the University of Tokyo has produced a sample sheet of the plastic, which is about the size of a very thin magazine just one millimetre thick and weighing 50 grams. It can deliver up to 40 watts of power to products on or near it that contain a special 'receiving coil': enough to power a lightbulb or a very small laptop.

They say that scaled-up production of such sheets could be inexpensive enough for widespread installation in desks, floors, ceilings and walls, ushering in a "new class of electronic devices".