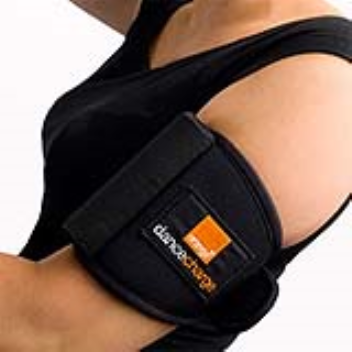 The device, which weighs 180grams and measures about the same size as a pack of cards, will be strapped to peoples arms and tested at Glastonbury Festival this week.

As the dancers moves their arms along to the music - a specially designed system of weights and magnets creates an electrical current which provides a top-up charge to a connected mobile phone.