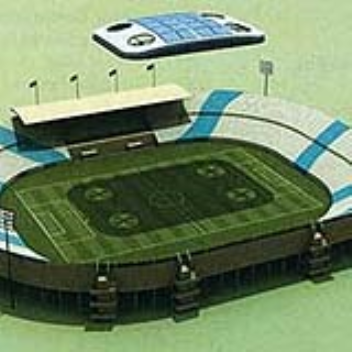 Qatar was the surprise winner in its bid for the tournament, which left some non-Mideast countries wondering how teams will cope with summer temperatures that can soar to about 104F.

Saud Abdul Ghani, head of the Mechanical and Industrial Engineering department, is quoted as saying his group would collaborate with the Qatar Science and Technology Park to create a working model at a cost of about $500,000.

The "cloud," filled with helium and built of light carbon material, would use four solar-powered (of course!) engines for maneuvering between the stadium and the sun to provide shade.

Commercial models, Ghani said, could be used at beaches and car parks, perhaps even fetched by mobile phones.