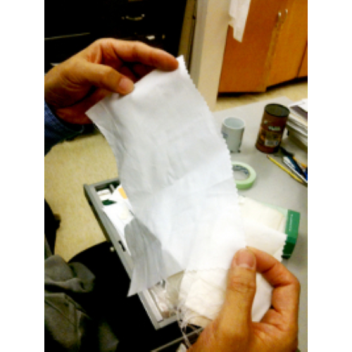 There are many ways to kill bacteria – those microscopic life forms that sometimes do bring harm to us in their very own special way, which explains why we have different kinds of defenses against these in the form of disinfectants, antibiotics and other kinds of chemical warfare. Well, here is a little something that might just aid us in our fight against these nigh invisible opponents – a new kind of cloth developed that is self-cleaning, where it kills bacteria in the process whenever it is exposed to sunlight.

Yes sir, you no longer need to worry too much about the kind of laundry powder to kill bacteria the next time you put your washing machine through another cycle as chemists at the University of California at Davis might have discovered a compound known as 2-AQC, where it will be incorporated into cotton fabrics. Whenever said infused fabrics are exposed to light, it ends up with a reaction, producing oxygen species such as hydrogen peroxide that will make short work of bacteria while breaking down toxins.