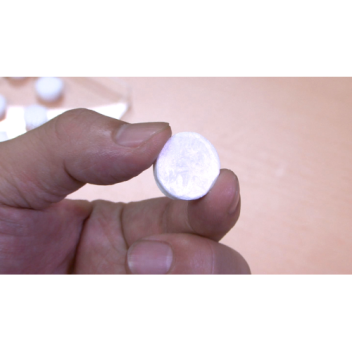 Artificial Bone Made From Fish Scales

Until now, collagen from pig skin was utilized. But there are viruses that are common to people and animals, which means that viruses in pigs can migrate to people and cause illnesses. With fish, it’s known that this doesn’t happen. So one feature of this new material is that it’s very safe. Also, artificial bone made from fish can have a much higher density, so another feature is that this artificial bone can be very strong. Also, when such a material is implanted in the body, the type made using fish collagen converts to bone faster. With artificial bone made from pig collagen, it takes about six months for the material to convert to bone after it’s implanted in a bone. Artificial bone made using fish collagen reaches the same state in about three months, so it converts to bone very quickly.