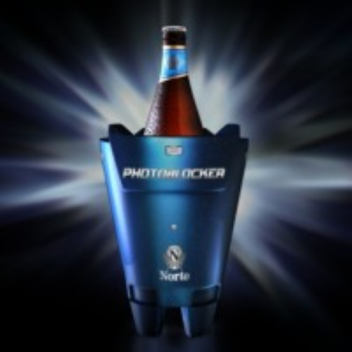 So far it's only been field tested in bars in northern Argentina, but I know plenty of remorseful partyers who would love this beer cooling Photoblocker which promises to stop photos of your evening's antics from showing up on Facebook.

It was created for a South American beer brand called Cerveza Norte by their ad agency, which also happens to be the same agency behind this musical microwave. In addition to keeping a beer bottle suitably chilled, the device is equipped with a built-in flash that's triggered whenever it detects someone taking a photo of you. Presumably by looking for the autofocus lamp.

When the Photoblocker's flash fires it completely overexposes the other person's photos, ensuring whatever indiscretions they were trying to capture remain anonymous. While Cerveza Norte is only distributing the device in Argentina as a promotional device, I hope they realize its global potential and actually put it into production, saving drunken revelers from having to witness what they got up to the night before when they log onto their social networks the next morn.