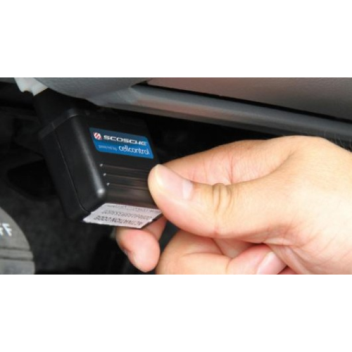 Don't want your teenage kids using their mobile phone while they drive? Well, hopefully explaining the dangers to them will do the trick. If it doesn't, however, you could always install Scosche's cellCONTROL in your car. The device is activated whenever the vehicle is in motion, and uses a Bluetooth signal to disable calling functions, text messaging, email, app use and internet access on phones within the car.

The trigger device is installed in the vehicle's under-dash OBD-II interface, and reportedly doesn't need to be tended to in any way once it's been installed. Should a disgruntled driver attempt to "tend to" it, however, it will send you a text or email, letting you know that tampering has been attempted.