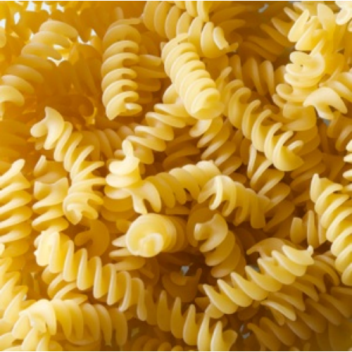 A team of researcher have developed twisted radio waves inspired by pasta, which could allow a "potentially infinite" number of channels to be broadcast simultaneously.

It sounds ridiculous, but it's actually a pretty neat trick. The secret lies in forcing radio waves to twist about their axis as they travel, in effect tracing out the shape of fusilli pasta as they moves forwards, as the researchers explain in the New Journal of Physics. Dr Fabrizio Tamburini, one of the researchers, explained to PhysOrg:

In a three-dimensional perspective, this phase twist looks like a fusillli-pasta-shaped beam. Each of these twisted beams can be independently generated, propagated and detected even in the very same frequency band, behaving as independent communication channels.

The team have demonstrated the technique in Venice, transmitting two twisted radio waves, in the 2.4 GHz band, over a distance of 442 meters. But the researchers claim it would be easy to keep adding more and more twisted waves, to increase the number of signals that can be sent simultaneously.