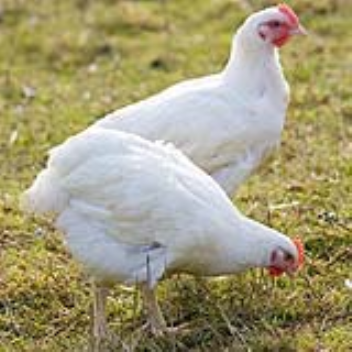 In a lab at the University of Nebraska, Lincoln, chicken feathers and rice straw are being turned into fabric fibers that resemble wool, linen and cotton! The textiles may help reduce not only agricultural waste but also our reliance on petroleum-based synthetic fabrics.

Rice straw is made up of the bits and stems leftover after a rice harvest and, like cotton and flax, is composed mostly of cellulose. It now accounts for 580 million tons of waste worldwide.

In the United States, chicken feathers, which are composed of keratin, like wool, make up about 4 billion pounds in waste each year. Much of this material ends up in landfills.

The team has already done significant research on developing fibers from rice straw. Just like cotton, the rice straw is harvested, baled, shipped to a plant and broken down into tiny pieces. The straw is treated with a combination of chemicals, heat and enzymes, and washed repeatedly.

In fact, the researchers estimate that the total production cost of the fiber will be about 50 cents per pound. Cotton sells at about 60 cents per pound, linen for about $1 a pound.