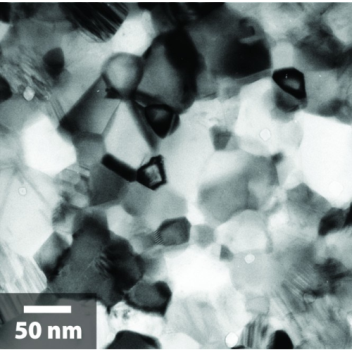 With fuel costs continuing to rise, the search is on for ways to make cars lighter and improve fuel efficiency, without compromising strength and safety. NanoSteel, a Rhode Island-based company recently announced the development of new nano-structured advanced high-strength alloys whose strength and ductility meet automotive structural demands. The company plans on marketing its sheet metal products in 2013 and has recently received investment from GM suggesting they could soon be appearing in production vehicles.

NanoSteel has developed three classes of steel with tensile strengths of 950 MPa, 1,200 MPa and 1,600 MPa and elongation performance of 35, 30 and 15 percent, respectively. NanoSteel says its innovation is also compatible with existing automotive manufacturing infrastructure and it can also be cold formed, which means there's no need for elevated temperatures to form parts, a process that is both expensive and time consuming. This is thanks to the material’s inherent ductility, that is, its ability to deform under tensile stress, which allows the forming of component parts using room temperature metal stamping processes on existing manufacturing equipment.

The company says its technology stems from recent discoveries about the formation of nano-structures and improves on previous methods to avoid sheet steel’s brittleness, which makes it harder for the material to be worked into the shapes required for automotive parts. It claims the very cause of brittleness is eliminated during production because NanoSteel’s materials use new mechanisms to form nano-structures.