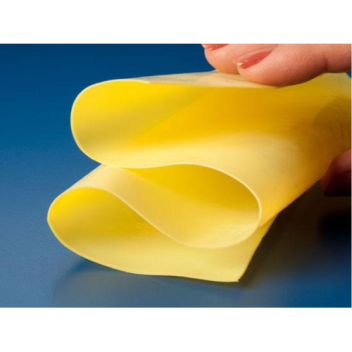 Flexible aerogel is the second generation of its kind, where researchers over at NASA triumphantly claimed that they have made a “major improvement” to the aerogel, allowing it to come in the form of a stronger and ultimately, more flexible version of the original.

Touted to be 500 times stronger compared to its predecessor, it is also flexible enough to allow it to be rolled out into bendable sheets. It is said that 0.25″ of flexible aerogel is capable of delivering a similar level of insulation as 3″ of fiberglass, which in turn makes it five to 10 times more efficient in retaining heat (or keeping it out), withstanding up to temperatures of about 575 degrees Fahrenheit. Talk about a super insulator – now when will we be able to see a commercial application of it?