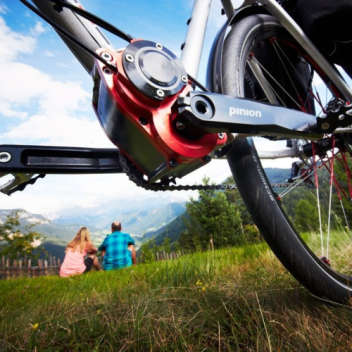 Rear derailleurs are problematic, particularly on mountain bikes. They get bent, they get gunked up, and they’re exposed to the elements. While sealed hub transmissions lack these problems, not all of them have axles that are strong enough for multi-terrain use, they add revolving weight, and that weight is added in the back of the bike – not low and in the middle, where you want it. German company Pinion has developed what it claims is something better ... a sealed 18 speed gearbox located adjacent to the bottom bracket.

Because indexing of the shifts takes place within the box, users don’t have to worry about replacing stretched shifter cables. Gear changes are activated via a SRAM-like grip shifter, are reportedly “lightning fast,” and can span several gears in one shift. Additionally, they can be performed even when the cranks aren’t turning.

It sounds good, but of course nothing is perfect. For one thing, the P1.18 can’t simply be installed on an existing bike – the frame has to be designed around it. Additionally, the gearbox itself weighs in at around 2.7 kilograms – for comparison, the combined weight of a Shimano XT front and rear derailleur sits at about 384 grams. It should be kept in mind, however, that the P1.18 makes a cassette unnecessary, plus it incorporates components such as a bottom bracket shell and axle. It also allows for the use of a belt drive instead of a chain, which plenty of folks would no doubt appreciate. 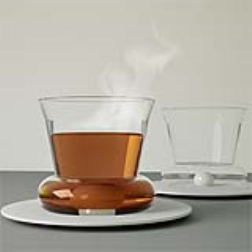