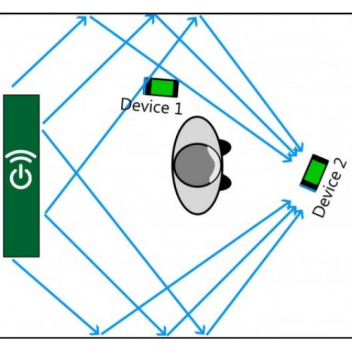 The Cota wireless power transmission system uses intelligently steered phased array antennas to focus a beam of microwaves on a receiver module – and only on that module. The inherently safe technology can deliver electrical power up to 30 feet from a central transmitter without any line-of-sight requirement and without interfering with other devices. The system is projected to hit the market in 2015.

The transmitter, operates in the 2.4 or 5.8 GHz industrial, scientific, and medical (ISM) bands that are also used by Wi-Fi routers. Unlike most wireless charging systems we've seen that require the close proximity between the transmitter and the device being charged, the Ossis transmitter will provide effective charging to distances of about 9 m. This means that a single unit would suffice for most households and offices. The microwave power from the transmitter is directed onto charging receivers that convert the received power into a form that can be used to charge device batteries, or even to directly run portable devices.