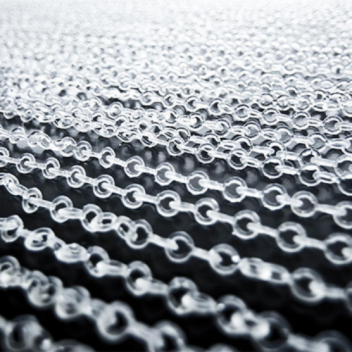 Any budding designer with a desktop 3D printer can create an intricate scale model of the Millennium Falcon, but what about something as straightforward yet functional as a chair? It simply won’t fit inside the printing box.

MIT-based researchers and instructors Marcelo Coelho and Skylar Tibbits teamed up to tackle this very problem. Working under a grant from Ars Electronica, the pair conceived of a whole new way to do 3D printing. Hyperform is a new strategy for designing and printing large objects irrespective of a printer’s bed size. So not only can you print out that chair at home, you can also print a table, bed frame, and everything else you need to furnish a bedroom.

The solution is breathtakingly simple. By merely folding the object you want to print, you can jig it to fit into a small-scale printer. In Tibbits and Coelho’s project, the object is rendered in 1D--a line--and endlessly folded into a space-filling curve proportioned to the printer’s cubic dimensions. When the object is exhumed from the printer bed, it doesn’t at all resemble its final shape. Rather, it’s a dense cluster of thin but sturdy polymer links packaged in a three-dimensional puzzle that can be intuitively assembled.

The chains are programmed with multidirectional notches, so that they can be latched together at right angles. Assembly is quick because each chain can only bend in the way it's designed to, thus removing a large obstacle that plagues most 3-D-printing ventures. The final product, then, will look exactly as it does on your computer screen but will be structurally sound enough to stand on its own in physical space. In the process, Tibbits suggests, scale becomes virtually, if not entirely, irrelevant.