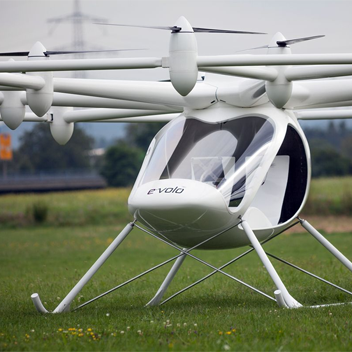 Picture a quadcopter drone, with the ability to take off and land vertically, hover, and fly autonomously in any direction.

Now picture that drone with two seats, 18 rotors, and a joystick, ready to carry you and a friend anywhere you want to go. That’s the Volocopter, now in development in Germany by e-Volo.

The prototype flew for the first time, remotely piloted, in 2013, and now the team is working toward the first manned flight, sometime in the next few months.

The Volocopter has the potential to bring together many features we expect in a true flying car of the future: It’s simple to fly. It’s stable. Its 18 rotors provide a lot of redundancy against system failures. It doesn’t require a runway and it’s powered by batteries, making it emissions-free (especially if you charge them with renewable energy). OK, fine, strictly speaking it isn’t a flying car, because you can’t drive it on the ground, but who cares? It flies.

The e-Volo team is working on an upgrade of the entire system in preparation for that first manned flight. The structure and architecture are essentially the same as they were in 2013, but the inner workings have been thoroughly upgraded. “We’re assembling a new electronic flight-control system, and a new battery system,” says CEO Alexander Zosel.

“Our cockpit has a lot of new features,” he says. “The heart of the system, the electronics, is completely new, and there is more power to the propellers.” The company is working with the German government to revise current aviation rules, which don’t have a category for a light sport multicopter. “That process is going forward hand in hand with the certification process,” says Zosel.

The initial two-seat design uses battery packs, with a flight-time duration of only about 20 to 30 minutes. It will be certified for sport flying, Zosel says, and he plans to sell the copters for about $340,000. He’s also working to develop a hybrid power system that would extend flight time to over one hour. But that’s just the beginning of Zosel’s vision. “The aim is to change the mobility for a lot of people, not only for fun,” he says. “For transportation, and for getting work done.”

Zosel envisions a larger version for commercial use that could carry four to six people. The aviation rules will have to change to allow that, but Zosel believes that will happen over the next decade or so. “New rules will make it easier to sell this kind of aircraft, and there will be a big future market for us,” he says.

Zosel won’t share new photos of the copter—“we’re in stealth mode”—but promises that for the first manned flight, e-Volo will “have cameras everywhere, on the aircraft, in the aircraft, aerial cameras on drones, and video too.” They’ll be flying outside this time, he said, unlike the first remotely-piloted flight, which took place inside a hangar.

By next summer, Zosel hopes to bring the aircraft to EAA AirVenture in Oshkosh, Wisconsin, the biggest air show in the world. “That’s my aim,” he says. “That’s my dream.”

And if he can make it happen, we all might finally realize the dream of ditching our cars, and take the Volocopter everywhere we want to go. 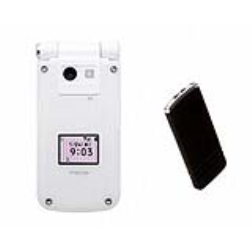 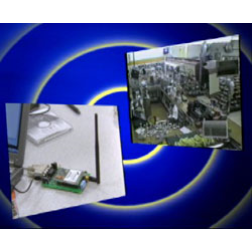