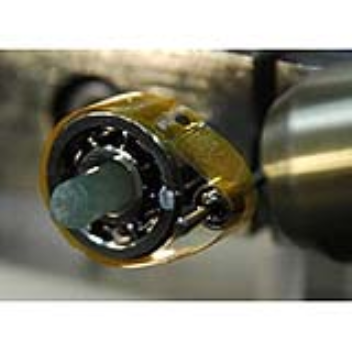 A research team led by professor Tomiki Ikeda at the Tokyo Institute of Technology has developed what is being called the world's first plastic motor powered solely and directly by light.

Unlike solar-powered motors that use photovoltaic cells to convert light to electric power (and which require wires and batteries to deliver and store the power), this first-of-a-kind motor converts light directly into mechanical energy, thanks to a belt made from a special elastomer whose molecular structure expands or contracts when illuminated, depending on the wavelength of light.