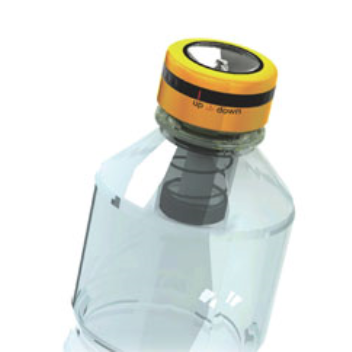 Bottle Light does not need any external power supply to make it work. The user has to simply replace the original bottle cap with the Bottle Light and compress the air in the bottle repeatedly to make the piston of Bottle Light move up and down. This action changes mechanical energy into electric energy, which lights the LED on the bottle cap. Extra electric energy generated by the movement is stored in the battery. Bottle Light is small and handy, and it can be put in the pocket or worn as an ornament when not being used. When light is required, the user can simply pick up a bottle and screw Bottle Light on.