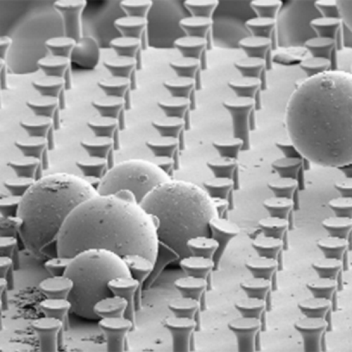 Biologically inspired adhesive tape can be reused thousands of times

As is so often the case these days for those searching for a better way to stick stuff together, researchers from the Zoological Institute at the University of Kiel in Germany have turned to the biology of gravity-defying ceiling walkers, such as geckos and insects. These creatures served as inspiration for a new dry adhesive tape that not only boasts impressive bonding strength, but can also be attached and detached thousands of times without losing its adhesive properties.

The secret to the wall climbing ability of many insects and geckos lies in the thousands of tiny hairs called setae that cover their feet and legs. The sheer abundance of these hairs, coupled with flattened tips that can splay out to maximize contact on even rough surface areas, make it sufficient for the Van der Waals forces, which operate at a molecular level and are relatively weak compared to normal chemical bonds, to provide the requisite adhesive strength that allows them to scurry along walls and ceilings.

It is this technique that the research group, led by Stanislav Gorb, have mimicked with their silicone tape. By patterning the tape with tiny hairs similar to setae, they created a tape that was at least two times harder to pull off of a surface than a flat tape of the same material. Additionally, the bioinspired tape leaves no sticky residue, can also work underwater, and can be repeatedly peeled off thousands of times without losing its ability to grip.

Providing an illustration of the adhesive properties of the new tape, a 20 x 20 cm (7.87 in) square piece was able to support the weight of one team member dangling from the ceiling.