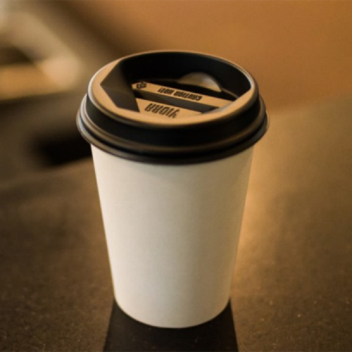 Lid That Keeps Liquid From Spilling

A company called Vaporpath thinks it has the solution for all of our coffee-drinking woes. It has developed the Viora Lid, a new kind of plastic lid designed to fit on the top of traditional takeaway coffee cups.

One of the most disappointing parts of buying any takeaway coffee is the cheap lid on the cup. The dark liquid inside has just cost you at least a few dollars, but the coffee shop has unfailingly scrimped on the quality of the drinking vessel.

Several things mark Viora Lid as being different from the norm, all of which are a result of its unique angular design. Most importantly, Vaporpath claims the design of Viora Lid makes spills much less likely. The stealth aircraft-like angles direct any spilled liquid back into the cup rather than allowing it to splash onto the person carrying or drinking from the cup.

The actual drinking experience is also changed, with Viora Lid designed to mimic a ceramic cup. This is achieved by the coffee draining into an upper well before reaching your mouth, preventing the blind tipping that often leads to burnt lips or tongues. This well also allows the aroma of the coffee to reach your olfactory glands, reportedly making the whole act of drinking more satisfying.

One failing of Viora Lid is the material it's made from, with Vaporpath opting for high-impact polystyrene (HIPS) rather than greener plastics. The company explains this is due to a combination of costs, heat deflection issues, and the introduction of odors when using compostable materials.