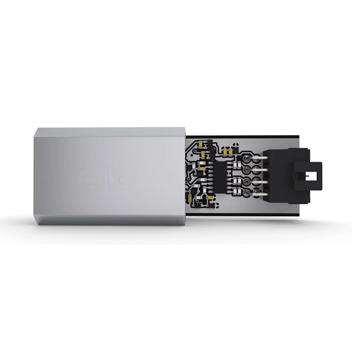 By transmitting misleading information to other road users, forgetting to cancel a turn indicator can be potentially dangerous. The Smart Turn System is a self-canceling device for motorcycles, designed to accurately determine when a maneuver has been completed before switching off the indicators.

Self-cancelling turn signal systems are standard in almost every modern car, but they are not so common in motorcycles. Most available systems on the market, including the OEM systems on offer by Harley-Davidson, BMW and Triumph, operate with a simple timer relay, while some after-market solutions add an adjustable timer.

The Smart Turn System (STS) differs with an innovative setup that monitors the motorcycle's motion and determines the correct time to cancel the indicators. It has been designed by ABCS Sistem, a Slovenian start-up founded in 2014 in the country's capital, Ljubljana, by Miha Kovač and Rok Upelj, with the goal of bringing motorcycle automation to the next level.

"I was riding around with turn signals left on after a completion of a maneuver and a very attentive car driver cut me off from the side road," says Miha Kovač. "His assumption of me intending to make a right turn at the crossroad was soundly based on what he was able to see: a blinking turn signal. There is always a risk of something going wrong on the road. One false indication and it is all over. Nothing is more valuable than life itself – this is why we have to reduce this risk as much as possible."

The STS uses motion sensor technology to collect hundreds of data elements that quantify the bike's trajectory, inclination, acceleration and vibrations. These are compiled in order to determine whether the rider has completed a turn, changed a lane or exited a roundabout burn automatically canceling the turn signal.

After an extensive period of in-house testing on various motorcycles by several riders, the next step is to offer it for beta testing sometime in March or April – interested parties can apply at the STS website. At the same time the company will start collecting pre-orders at a discounted price and, should everything go as planned, shipping will start by July.

The device is applicable to most motorcycles and is claimed to be easy to install. It will be offered with all the model-specific connection cables, including a power line to the motorcycle's battery. Planning includes two different versions of the STS: a plug 'n' play for those motorcycles that have a central turn signal connector and a slightly more complicated one that will require connecting separately to the left and right indicator cables. The STS is waterproof and can be placed anywhere on the motorcycle, provided that this location will be permanent as the module will have to be calibrated before it is fully functional as intended. 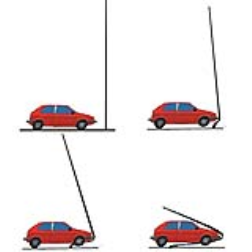