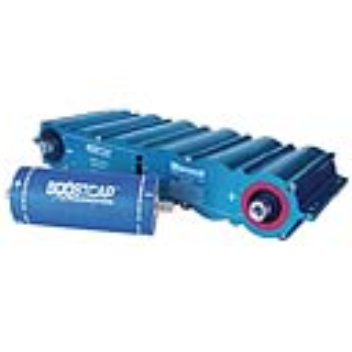 A breakthrough technology is holding forth the promise of charging electronic gadgets in minutes, never having to replace a battery again, and dropping the cost of hybrid cars. Indeed, the technology has the potential to provide an energy storage device ten times more powerful than even the latest batteries in hybrid cars -- while outliving the vehicle itself.

The new technology, developed at MIT's Laboratory for Electromagnetic and Electronic Systems, should improve ultracapacitors by swapping in carbon nanotubes, thereby greatly increasing the surface area of electrodes and the ability to store energy.

Ultracapacitors, a souped-up version of the capacitors widely used in electronics, have been around for decades. They're well-known for being powerful, that is, able to quickly absorb and release electricity. But they can't store much energy so their stored electricity is depleted in a matter of seconds. As a result, they've been limited to niche applications, such as providing quick bursts of power in some hybrid transit buses.

Now researchers at MIT have found what they believe is a way to improve the endurance of ultracapacitors several-fold -- allowing the devices to retain the power and longevity advantages, while storing about as much energy as the batteries used in hybrids.

The technology may find applications beyond hybrids, too. Ultracapacitors could allow laptops and cell phones to be charged in a minute. And unlike laptop batteries, which start losing their ability to hold a charge after a year or two, they could still be going strong long after the device is obsolete. "Theoretically, there's no process that would cause the [ultracapacitor] to need to be replaced," says professor John Kassakian, another of the researchers.

The main hurdle the new technology is likely to face is not technical but economic. "The nanomaterials are probably a hundred or a thousand times more expensive, today, than the materials that we use," says Michael Sund, spokesperson at Maxwell Technologies, San Diego CA, a maker of commercial ultracapacitors. "The markets that we serve are price-enabled. If our product stored a hundred times more energy, but cost a hundred times more, there might not be any market for it."

However, the MIT researchers hope that over time, and with help from economies of scale, nanotube ultracapacitors can be made for the same cost as batteries.

The next step is to measure the performance of a device using the carbon nanotubes and to grow the nanomaterials on a flexible substrate that can be rolled into a large-scale ultracapacitor.