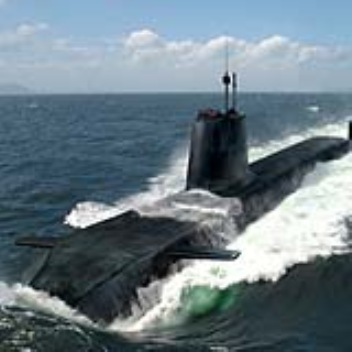 A vehicle moving through a fluid normally disturbs the medium in two ways. First, some of the fluid gets dragged along with the vehicle, sapping its energy and slowing it down. Second, a turbulent wake forms behind it where fluid rushes in to fill the vacant space. The churning fluid in the wake in turn creates noise that reveals the vehicle's presence.

But channeling the fluid around the object in just the right way could solve both problems at once.

To do this, Yaroslav Urzhumov and David Smith of Duke University in Durham, North Carolina, propose encasing it in a mesh shell.

Crucially, the permeability of this mesh casing should vary from place to place to alter the speed of fluid flowing through it. This means that the shell and the object it contains would leave no lasting impression in the fluid - the fluid would exit the shell at exactly the same speed and in the same direction as it entered.