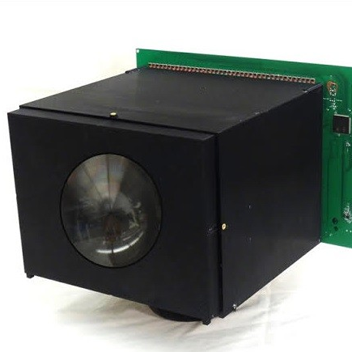 By using the light reflected from the object being recorded, researchers claim to have created a prototype video camera that could potentially record indefinitely under its own power. By incorporating energy-harvesting photodiodes within the pixels of its image-capture array, the new camera produces self-sustaining electrical power while simultaneously capturing video footage.

Currently able to capture one image per second, the new device has been created by a team at Columbia Engineering using commonly available electronic components to produce an image capture array with an area of 30 x 40 pixels.

"We are in the middle of a digital imaging revolution," said T.C. Chang Professor of Computer Science Shree K. Nayar, who directs the Computer Vision Laboratory at Columbia Engineering. "I think we have just seen the tip of the iceberg. Digital imaging is expected to enable many emerging fields including wearable devices, sensor networks, smart environments, personalized medicine, and the Internet of Things. A camera that can function as an untethered device forever – without any external power supply – would be incredibly useful."

Leveraging his experience in computational imaging, professor Nayar hit on the idea that despite the fact that solar cells and the digital image sensor in a camera perform different functions, they are both primarily designed to convert light into electrical current. Given this fact, professor Nayar took the next logical step in thinking that, if both devices convert light to electricity, then why not purpose one device to do both things? As a result, and to emulate a reasonable image, professor Nayar and his colleagues then employed an array of such multipurpose detectors to create a low-clarity image of an acceptable resolution.

Utilizing just two semiconductors for each pixel, during each image capture the simple circuit first records and transfers the image to be recorded, then converts the incident light into energy to charge the array's power supply. As part of the design, the image capture array constantly and automatically switches between image capture and power generation states.

The team claims that this process could also be employed to produce power for other connected devices, such as tablets or phones, when the camera is not specifically employed to capture images. Though, in its present form, the prototype device does not function in this manner.

Professor Nayar explained that he and his team "... took an extreme approach to demonstrate that the sensor is indeed truly self-powered and used just a capacitor to store the harvested energy."

Housed in a 3D-printed body, the prototype device is obviously of low resolution at present, but further work by the team is anticipated to increase the number of pixels contained in the array, while simultaneously reducing the image sensor down to microchip levels.

"A few different designs for image sensors that can harvest energy have been proposed in the past," said professor Nayar. "However, our prototype is the first demonstration of a fully self-powered video camera. And, even though we’ve used off-the-shelf components to demonstrate our design, our sensor architecture easily lends itself to a compact solid-state imaging chip. We believe our results are a significant step forward in developing an entirely new generation of cameras that can function for a very long duration – ideally, forever – without being externally powered."