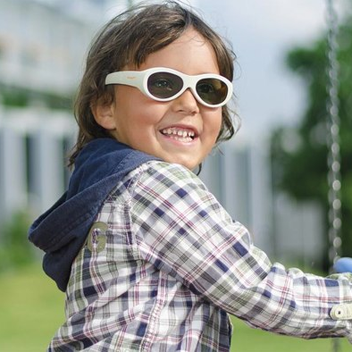 Lazy eye, or amblyopia, is a reasonably common disorder affecting around two or three percent of children that can lead to serious loss of vision in the long term. The two most common methods of early treatment are eye patches and eye drops, but both require a disciplined approach and are uncomfortable in their own ways. Researchers have now developed electronic glasses that can be programmed to automatically build the brain's reliance on the weaker eye, with the initial trials suggesting they might be as effective as traditional methods of treatment.

Amblyopia comes about when the nerve pathways between the brain and eye don't develop as normal in early childhood, leading the sufferer to favor one eye over the other. Over time, the weaker eye will start to wander and the brain can even eventually come to ignore its signals completely.

It is important to treat the condition early while the eyes and brain are still developing, so as to limit the risk of blindness later in life. As it stands, this means focusing on blocking vision in the child's stronger eye, forcing them to use the weaker eye instead and build up its vision. This treatment is delivered by either applying an eye patch for a number of hours each day or eye drops that blur vision in the stronger eye, though purpose-made video games have also shown recent promise as a way to tackle the condition.

The Amblyz electronic glasses work on a similar principle to the conventional approach. Fitted with LCD lenses and a rechargeable lithium battery, they can be configured to block out vision in either eye for pre-determined periods of time, which means they can be programmed to automatically fill the requirements of a prescription.

Thirty-three subjects with lazy eye aged between three and eight took part in the first US trial of the device. All wore glasses to correct their vision, and one group was made to wear the Amblyz glasses for four hours each day while the other group wore a patch for two hours each day. For those wearing the Amblyz glasses, the lens covering the stronger eye went from clear to opaque every 30 seconds. Three months later, both groups had gained two more lines on a reading chart, suggesting both treatments brought about the same level of improvement to their vision.

The results of the study are being presented at the annual meeting of the American Academy of Ophthalmology in Las Vegas this week. The US Food and Drug Administration has already approved the Amblyz glasses as a medical device and they are available from eye care professionals in the US for around US$450. 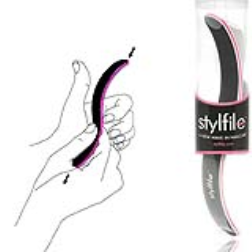